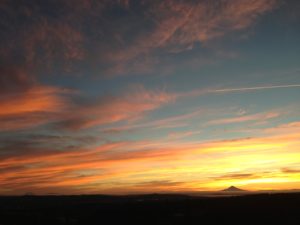 The Chehalem Mountains are the largest and tallest mountains in the Willamette Valley. The range stretches from the Willamette River East of Newberg to the Coast Range South of Forest Grove.  The highest peak in the mountain range, Bald Peak State Park is not far from Finnigan Hill—it is perched at a soaring 1,629 ft.

Finnigan Hill boasts Laurelwood soils. These are soils built about .5-1.5 million years ago from powerful winds that deposited valley sediment in the surrounding landscape of the Northwest area of the Chehalem Mountains. These soils are fine-grained and light in color.

For soil geeks like me, here’s a short history and profile of Willamette Valley soils from Pinot Camp in 2012. 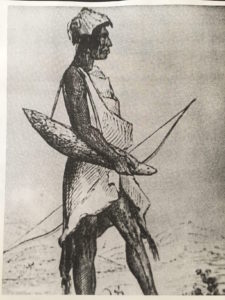 The Chehalem Mountains were a prime spot for hunting game, gathering wild berries and crossing for trade locations between local tribes before the land was cleared and farmed by white settlers. There was little history recorded about tribes that specifically hunted and gathered on what we know today as Finnigan Hill. However, both the Kalapuya and Atfalati tribes dominated the plains on either side of the Chehalem Mountains.

The Finnigan family started farming this hill back in the late 1800’s growing walnuts, plums, and hay. In a rural community up in the hills of Chehalem Mountain they worked closely with their neighbors to share tools, harvest larger hop crops and tend to children at the small schoolhouse. 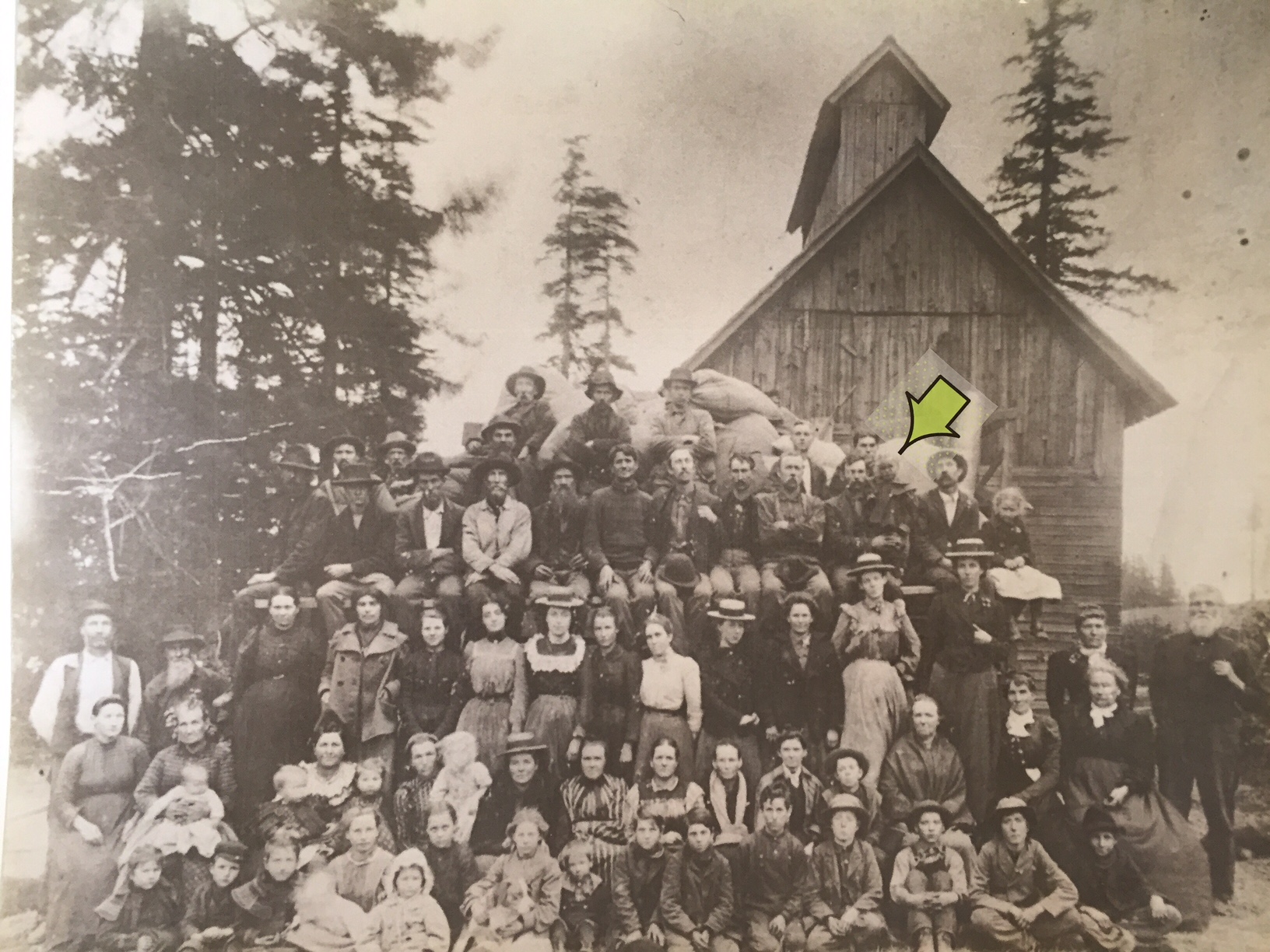 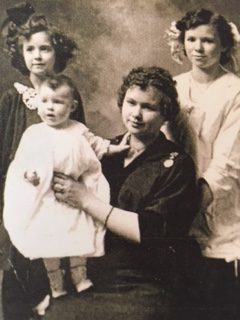 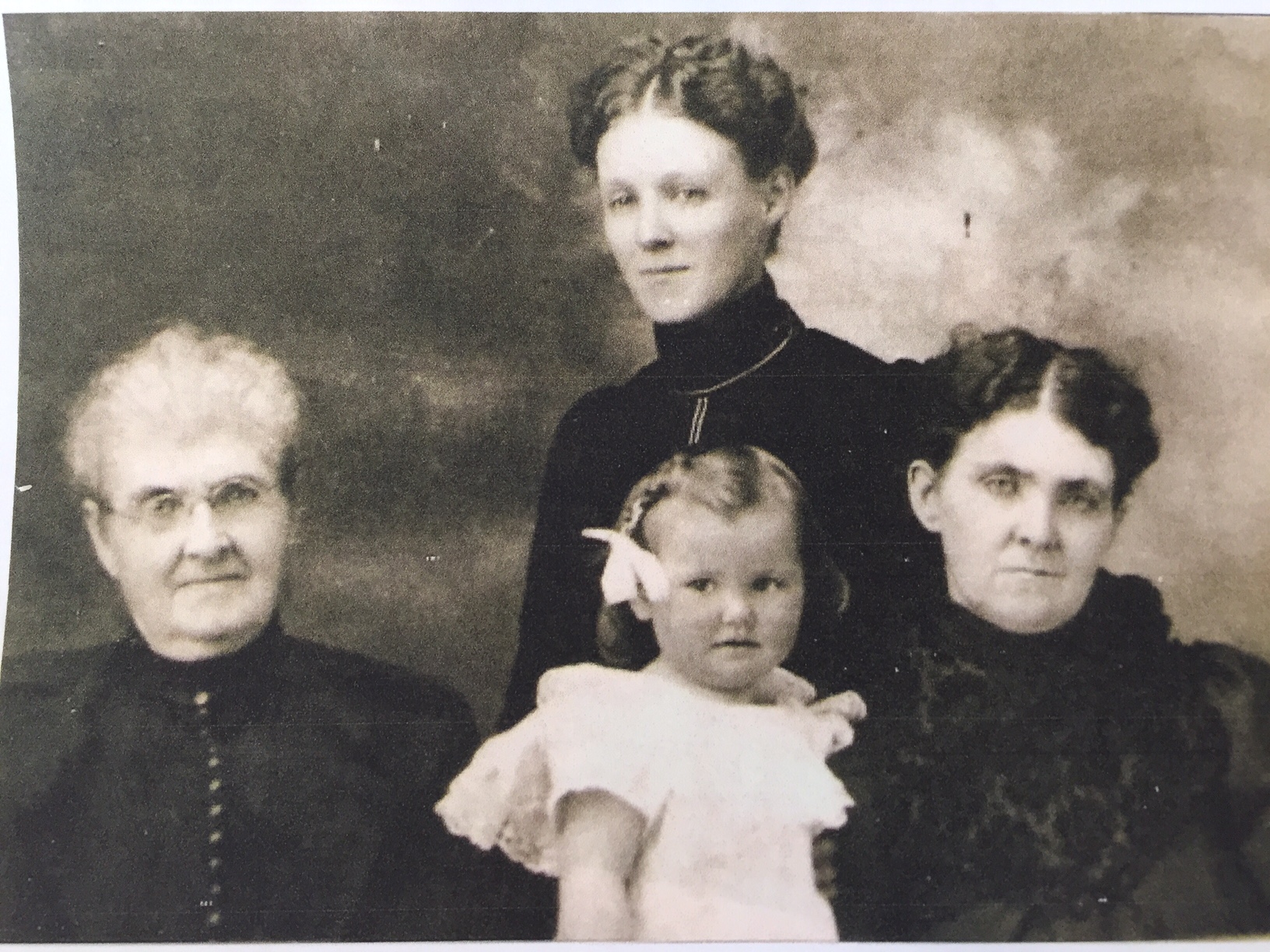 Isabelle (married Hugh Finnigan) in the back 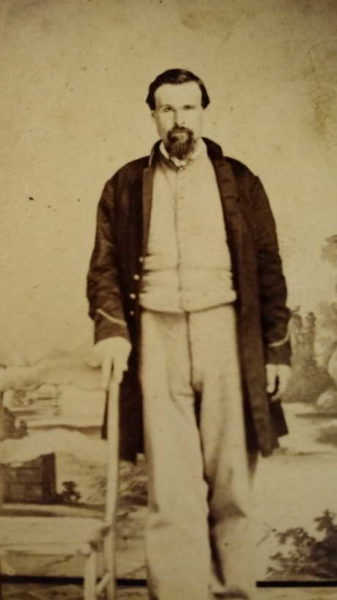 As portions of the Finnigan’s property were sold off, the house, barn and shop were kept intact on the final 40 acres. This property has only been in the hands of a few families since it had been first settled. We are proud to be a part of the long history and ongoing story of life on Finnigan Hill.

As we continue to trace the Finnigan family tree we’ll update the website – here is a snapshot of what we know now.

Hugh Finigan (the spelling was changed later by an unknowing party)

Hugh Finigan, Civil War veteran and resident of Oregon since 1874, who died Monday June 21, was born in Arkeen, County Down, Ireland, October 30, 1833.  He came to the United States in 1856, settling first in Ohio, and later moving to Illinois.  At the outbreak of the civil war he enlisted at Carthage, Ill., in Company B, Thirty-second Illinois Infantry, and was honorable discharged at Hebron, Miss., January 1, 1864.  He re-enlisted the following day and served until the conclusion of the war.  He served under Grant and Sherman and participated in a number of the fiercest battles of the war.  he was taken prisoner at Marietta, Georgia, in September, 1864 and was confined for three months in Florence, South Carolina.

Mr. Finigan came to Oregon in 1874, settling at Laurel, where he continued to reside, with the exception of a brief residence at Sand Lake, OR., until his death.  He is survived by his wife, three sons and a daughter.

Louis T. Finigan, 72, died November 10 on his farm on Chehalem Mountain, where he lived for 69 years.  He suffered a heart attack about a year ago, but had partially regained his health and had been active for several months.  Death came while he was asleep in bed.  Louis Finigan was born May 3, 1871 at Fairmont, Mo. When three years of age he came with his parent, the late Hugh and Isabelle Finigan, by train to San Francisco and by boat to Portland.  Edward Mulloy of Laurel, with oxen team moved the Finigan family to Chehalem Mountain.  Lou Finigan attended Pacific College, Newberg, 1890-91.  He was clerk of the Buck Heaven school district for 25 consecutive years.  In 1892 he purchased a horse-powered threshing machine which was later discarded for one run by steam and that in turn gave way for a lighter one operated by a tractor.  He was familiar figure on Chehalem Mountain and South Tualatin Valley farms.  Last season he tended separator as usual, except for one week when he was ill.  He was united in marriage to Ida Wohlschlegel, Nov. 9, 1898.  She preceded him in death March 12, 1934.  he is survived by four daughters.