It was a long and hot summer combined with a growing belly that held my sweet little girl. I gave up on some of the most physical tasks in the vineyard and tried my hand at tractor work. After all, I’d spent all that money on a tractor and implement to tend to some of the weeding in our organic program—might as well put some hours into making it work!  We jimmy-rigged the implement with an override feature so that we could use it in the new planting as well. Basically, there is a wand ahead of a blade that skims the soil as the tractor moves forward. The blade turns over the soil right under the vines to prevent weeds from choking out water penetration and competing for soil nutrients. Because the new plants are so small the wand wouldn’t trigger the blade to retract, hence the bypass feature. It’s an exceptional idea and expensive of course.

I was nearly nine months pregnant, and it was close to 100 degrees, but the wine project I’d embarked on with Peter needed to be bottled. Could it be bottled? I’d figured it was nearly vinegar since the old turn of the century barn could scarcely regulate any temperature. No one could have been more surprised than I – the wine was good. Not great, but damn good for never having done this on my own before. Peter patted me on the back and assured me that I could very well be the future winemaker around here. Thirty-five cases later, we wrapped up the first vintage right here on Finnigan Hill! 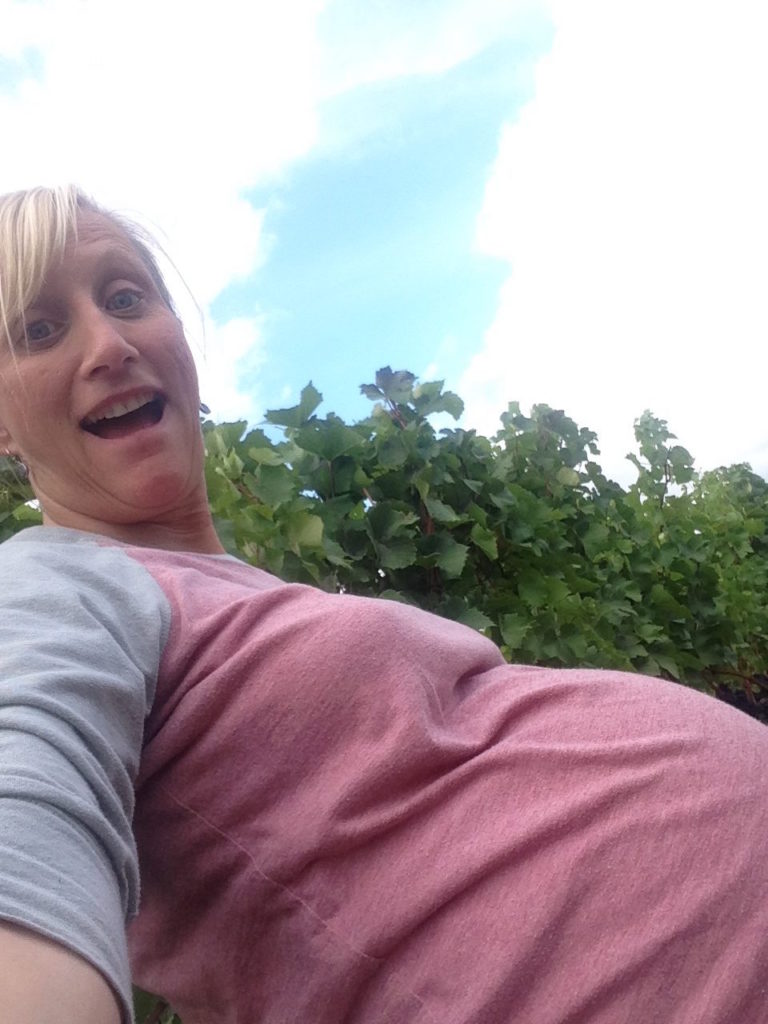 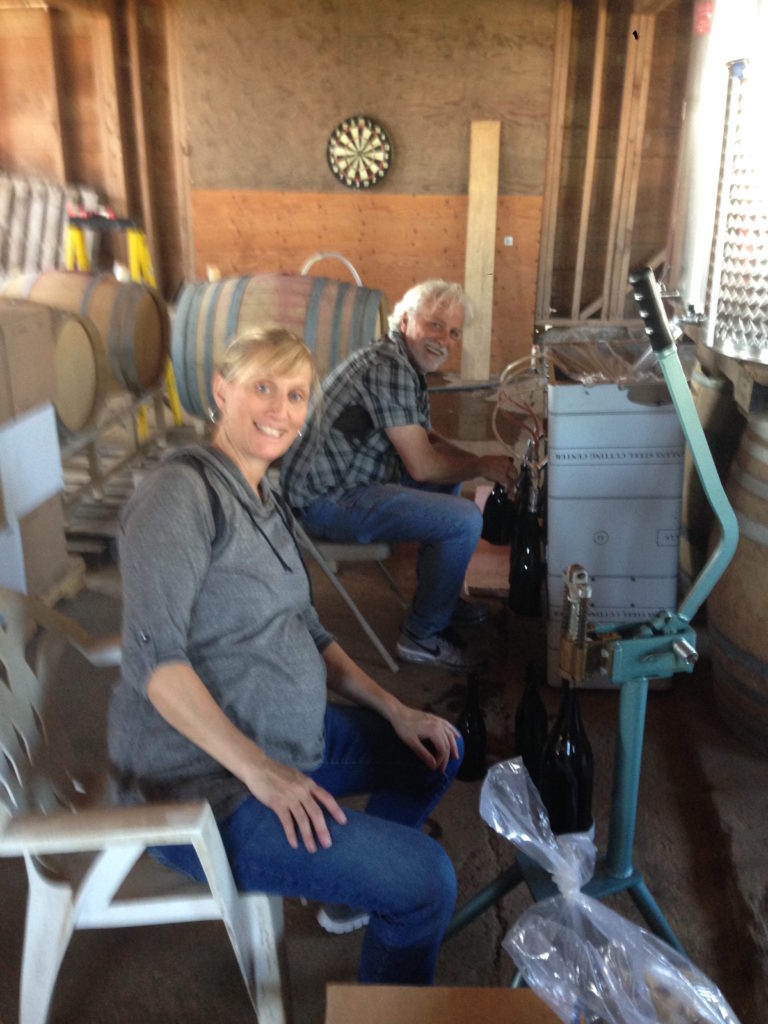