Harvest 2013 wrapped up, and my relationship went from limping along to collapse. I started 2014 meeting with an adoption agency, and a promise to myself that my family was out there somewhere, and my job was to keep bringing my best self to each day so that we could find each other when the time was right. I spent the year going through the processes of adoption at birth to adoption at embryo. It was a painful time given all the shots of hormones and the on again, off again relationship that I thought we’d walked away from after harvest last year.

The vineyard was my sanctuary and going through its own transformation. We’d taken on an organic program, and long walks were a refuge for me and several new critters. I knew coyotes were passing over the hill and, at first, I didn’t mind. I thought maybe it was healthier to have a passage for them vs. an island of agriculture. Then I found myself trying to scare off a large coyote sitting in the driveway. He just looked at me like, “What you got?” It was time to walk the fence line and patch up the holes.

Carlos is my saving grace.  He’s the site manager here and loves the place as much as I do.  He came to me one day and said I shouldn’t walk in the vineyard early morning or dusk anymore because they’d seen a cougar around. I thought to myself, that’s sweet, but a cougar?  Maybe a bobcat but really, a cougar?  I went on my merry way.  Then one night I came home and heard a kitten in the shop.  I’d rescued one several months prior, so I figured it was a litter mate and maybe my new barn cat.  I walked through the dark, scrambling to find the flashlight program on my phone, calling to the kitten.  It kept moving farther away, so I gave up.

The next morning I was up early and noticed something at the bottom of the hill. It was a cat.  A big cat. I looked through the binoculars and to my surprise—there was the cougar, on a morning hunt for a gopher. Then, like something out of National Geographic, the cougar leaped through the grass and caught the gopher. He/she looked side-to-side and started to slink away and then a red tail hawk swooped down and tried to steal the gopher!  I swear I’m telling the truth.  It was incredible and even more so that it all happened within a few minutes while I peeked through my binoculars. Good thing Kitty didn’t come when I called the other night.

Along with all the new critter sighting was a financial strain. The organic program would take up a chunk of change, and the new planting of 2013 was going to be a financial investment for a few more years to come before we’d recoup some cost with sales. The horizon looked troubled in both my personal and professional life.

Thank God for my friend Peter. I’d been considering an attempt at making my own batch of wine, and he was the cheerleader I needed to make it happen. More than that, he walked me through the whole process, lent his tanks, press and bottling equipment as well as his advice, humor and muscle. I would have never taken on this project if it hadn’t been for him. He not only believed I could do it, but he also celebrated all the work along the way. Harvest took a far more personal tone as I ran through rows and chose which grapes I wanted in the bin that would stay here for my project. My neighbor brought his de-stemmer down, and the team jumped in and made a makeshift sorting table. It felt good to work on my own wine and there is nothing better than a few good friends to keep you buoyant during difficult times. 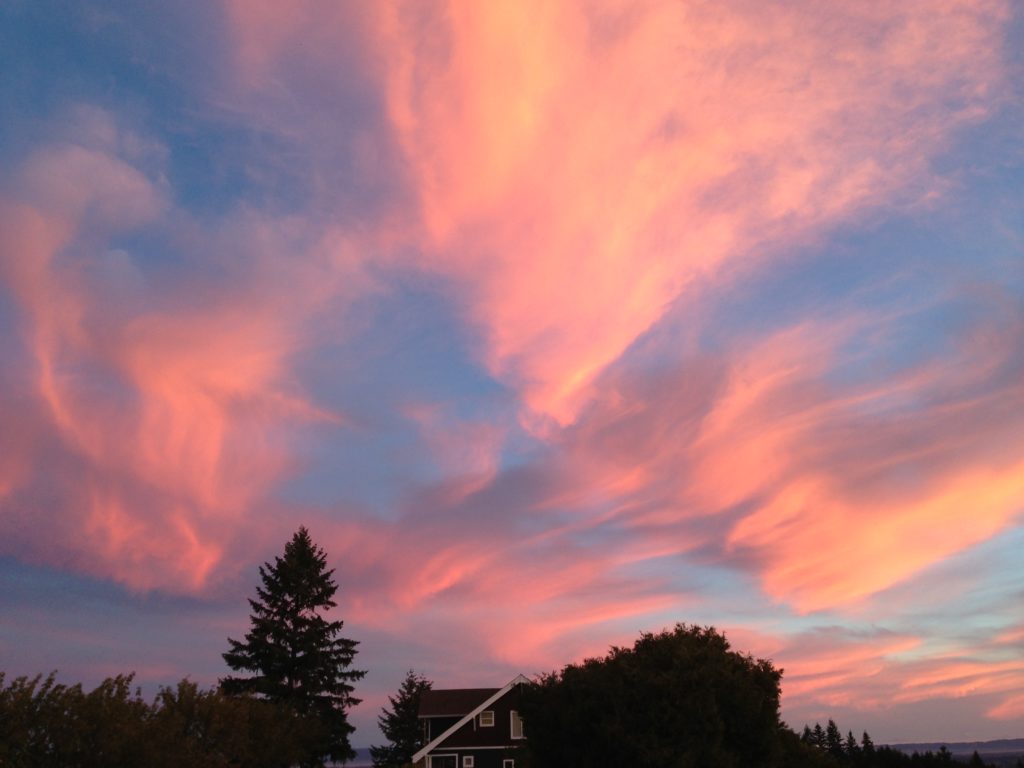